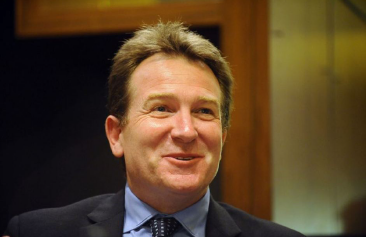 SO DAVID Jones follows a well-worn path and gets rid of a troublemaker, albeit a high-profile one. I am really sad that the ”name, blame and shame” approach adopted by David Jones in regards to Mark McInnes is another version of a knee-jerk, outdated, adversarial manner of dealing with people problems. Perhaps he was hit by his own boomerang, but in fact, nobody apart from lawyers actually gains.

In the first instance, I doubt he apologised to the employee he abused, who may be affected for a long time, the bystanders and any others who have been affected, nor the colleagues who respected his work and whom he has suddenly been pressured to abandon.

Once the dust settles, I doubt that staff will be safer at David Jones from any form of harassment. This will probably be due to the current fashion for “tick and flick” harassment and bullying training. I suspect that it will affect Mark McInnes’s career, which seemed to be otherwise very productive. As David Jones holds an esteemed position in the fashion stakes, one could even argue that shareholders, the public and everyone else loses from his sudden departure.

Given that we have had legislation or guidelines on bullying and harassment for some time, it’s not rocket science to assume that it will occur in many organisations and therefore, like dealing with weeds or dust, needs to be constantly addressed?

Surely a modern day organisation can implement a few simple policies as regards bullying and harassment, provide staff training for everyone, from the board downwards, instigate support for distressed staff, coaching for staff who need to reprogram inappropriate ways of behaving and implement consequences early on, as well as employ respectful dispute resolution procedures, long before an employee requires legal help and long before some reach the pinnacle of their career, to be sabotaged by knee-jerk reactions.

The research discussed at the recent Seventh International Conference on Workplace Bullying and Harassment in Cardiff, Wales, in June 2010, clearly demonstrates that harassment and bullying are condoned and enabled by toxic leadership cultures. According to the keynote speaker, Norwegian professor Stale Einarson, organisations who have either highly authoritarian or laissez-faire leadership styles foster abuse or allow it to fester. He believes that leaders are neither good nor bad, they can be both constructive and destructive.

Whereas Laura Crawshaw, an American expert on abrasive bosses, said that most bullies were unaware of the impact of their toxic behaviour on their victims and most employers were scared of intervening or lacked the skills to do so. But the majority of workplace bullies, and this may apply with sexual harassment, are coachable and “with appropriate intervention, can demonstrate interpersonal competence”.

Does this mean that the board of David Jones should take responsibility for Mark McInnes being allowed to continue his inappropriate behaviour? Surely in an industry noted for its attention to detail, his behaviour would not have gone unnoticed? Why didn’t someone take him aside earlier in his career and warn him about the impact of his uninvited, inappropriate behaviours?

Like other employees, was he not also subject to performance reviews as well as his relationships with staff? How many warnings did he receive? We push restorative practices in our schools, why weren’t collaborative solutions considered at David Jones?

Surely they are not blind, yet they turned the other eye until the situation escalated, thereby compelling Ms Fraser-Kirk to go in desperation to lawyers who specialise in bullying, harassment and Fair Work practices.

In an industry where a stitch in time saves nine, why wasn’t the situation handled with kid gloves rather than forcing a young woman to find legal weapons to intervene and obtain safety and validation? Although her case has been successful, I have seen many clients suffer high levels of distress that this creates, despite their validation.

Unfortunately, there are many organisations where the boards of management have no interest in the people they employ, their welfare or in creating a psychologically healthy workplace where employees who are respected work harder, and where performance and productivity improve as a direct consequence. Most, like David Jones, will blame the individual rather than their own shoddy values and managerial practices and maintain a blind spot to the costs associated directly and indirectly with stressed-out employees.

Clearly these are not psychologically healthy work practices. Although no director would be caught dead with a three-year-old mobile phone, they reflect an out-of-date approach to managing staff difficulties that devalues human capital and denies its relationship to improving performance.

I hope other organisations will take note and implement remedial action earlier and find collaborative ways to resolve harassment and bullying instead of waiting until the situation has reached a crisis point and then bully the employee who has experienced harassment, or their oblivious perpetrator, to leave, under a dark cloud of humiliation.