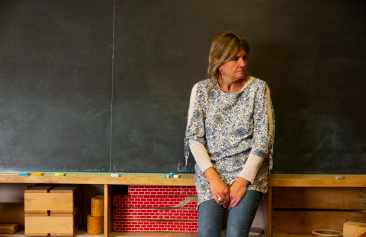 Last October, the BBC news highlighted the large compensation payout of over half a million dollars, (AUD) awarded to a former teacher who had been badly bullied. The amount was for personal injury and the damage, from a breakdown, to his health. This teacher had originally been sacked on grounds of gross misconduct. Later it was found that he had been bullied for five years by the former principal of the school. There were no grounds for misconduct, just a vindictive principal. He had support from his union, family and local paper, but not from the governing body of the school or the education authority.

The largest Website on workplace bullying is run by Dr Tim Field (no relation). He said that teachers and lecturers have consistently been the largest group of callers to the UK National Workplace Bullying Advice Line since its inception in January 1996 and inquirers to Bully OnLine at www.bullyonline.org. Teacherline (UK) reports that teachers are four times more likely to experience stress at work than employees in other professions.

The evidence is emerging all over the world that teachers can be bullied by other teachers, senior staff, school council, students and parents. Some schools take pride in their school policy, which deals with student bullying, while concurrently allowing their senior staff and school council to bully teachers. Schools use bullying tactics to get rid of staff. Others use authoritarian attitudes towards naughty students and use this witch-hunt mentality to attack their colleagues. Some foster an attitude of promote the men, while using the women to do the dirty establishment work. Some schools allow parents to threaten and abuse staff while others allow discrimination and exclusion to parents who are different. Some schools disguise bullying and categorise the teacher as stressed.

While most of us were growing up, bullying was regarded as just a part of life. Even the most responsible parents accepted bullying as a school hazard. Today, most parents won’t accept it in any form. Some take legal action. More recently employees, academics and trade union officials are beginning to identify bullying in the workplace, to research and evaluate its impact.

Basically, bullying involves an abuse of power. It can be defined as ‘ all those repeated actions and practices that are directed to one or more workers, which are unwanted by the victim, which may be done deliberately or unconsciously, but cause humiliation, offence and distress, and this may interfere with job performance, and/or cause an unpleasant working environment. (Einarsen 1998) There are many types of bullying behaviours. They range from verbal abuse, blame, humiliation, personal and professional denigration, overt threats, harassment (eg racial, sexual) manipulation of job specifications, aggressive e-mails or notes, professional exclusion, sabotage of career, whistleblower attack, blackmail, criminal assault and murder.

Research reveals that 1 in 6 students are bullied every week in an Australian school. Nothing much seems to change when they grow up and join the workforce, apart from the damage being far greater. According to Paul Mccarthy, Griffith’s University, one in four will experience workplace bullying during their working career. About 10-12% has experienced it in the last 12 months. One in thirty workers is a serial bully. Thus, my current guesstimate based on recent research is that about 15% of people are being regularly bullied in the workplace.

Ultimately, anyone can be a victim or bully. Bullying is caused by many different interacting factors including being in the wrong place at the wrong time. These include the fact that the bully believes that they can get away with it, and generally they can. This includes the loud mouthed, insecure, generally less competent bully, who has poor leadership skills and the sociopathic bully who enjoys seeing people suffer. The fact that the organisational system does not promote equality and condones the abuse of power. The target who may be a quiet achiever, who does not know how to confront the situation effectively or leave.

When a worker becomes sick and tired of constant abuse, seeing their friends and colleagues forced to leave because of a serial bully, some find the courage to investigate union and legal action. Lawyers are on stand-by, well prepared and waiting for those with courage to approach them and use whatever legal opportunities are available to obtain validation or sue for justice. Work cover insurance companies are finding that a bullied teacher, out on stress leaves, is a very costly expense. They will place the cost of higher premiums onto the bullying organisation. Some have successfully sued bullies.

According to the Workplace Bullying Project Team, Griffith’s University, (2001) a recent impact and cost assessment calculated that workplace bullying costs Australian employers billions of dollars a year, when hidden and lost opportunity costs are considered. Since 1996 over 1,000 teachers and principals in the state of Victoria, Australia, have received over $34 million in compensation for stress and injury to health caused mostly by excessive workloads, abuse, lack of support and recognition, and having to deal with difficult students.

Just think about the bullied teacher’s weekly salary, cost of medical and psychological treatment, replacement costs while they are injured, loss of accumulated wisdom built up over many years, the legal costs, the impact on other teachers, such as a terrifying fear that if they do something which is regarded as being a troublesome activity they too will be targeted and lose their job. Teachers go into survival mode not a creative mode. Everyone’s work will slack off. The students will bear the brunt of unmotivated teachers.

According to research by Norway’s Prof. Stale Einarsen, victims of workplace bullying who suffer a post traumatic stress disorder, can take up to 4-5 years to recover. Unfortunately, the stages a workplace victim of bullying experiences and the appropriate treatment has been inadequately researched. Many psychologists, psychiatrists, general practitioners and lawyers do not distinguish adequately between chronic stress and trauma. Thus treating the bullied teacher is also handicapped by the lack of adequate research. Now do your sums to work out what this is costing a school!

Action needs to take place on a number of levels within a school. The first level is to develop a Code of Conduct, which includes appropriate processes and procedures to identify and deal with bullying, and training resources to reduce it. All staff require a preventative and educational program in order that they can recognise what is happening and know where to get help. Employees require appropriate assistance to deal with bullying. Crisis intervention procedures need to be explicit and followed equitably. Investigations and dispute resolution procedures need to be conducted by trained professionals, with respect to the Laws of Natural Justice. Sanctions need to be applied to employees who lack empathy, insight, appropriate relating skills and an inability to listen to clear feedback and change inappropriate behaviours. The bully too needs help in learning more appropriate ways of getting the job done without resorting to mental torture.

Ultimately best school practices means looking after teachers in order that they can achieve the schools aims and objectives and that they feel a valued integral part of the process. It is up to every school to take responsibility for creating a safe and productive working environment for its staff and deal with bullying effectively when it occurs.