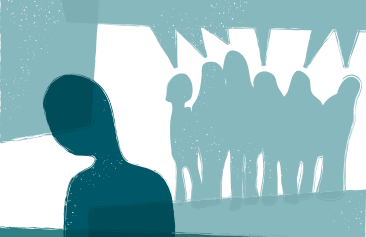 Bullies abound. It is a sad fact of working life that you can’t avoid contact with people who shout, intimidate, undermine and dump unreasonable amounts of work on your desk.

But there are incidences tactics you can use to avoid becoming a victim. These may involve making sure that you are not the target, learning how to cope till you get out from under the thumb, or fighting back.

US management professor Robert Sutton expounds the value of developing indifference and emotional detachment. In other words: learning not to give a stuff.

“Passion is an overrated virtue in organisational life, and indifference is an underrated virtue,” he writes in his widely read The No Asshole Rule: Building a Civilised Workplace and Surviving One That Isn’t.

This book (Hachette Book Group USA, is 2007) has become a self-help Bible for the working oppressed.

He continues: “When your job feels like a prolonged personal insult, focus on just going through the motions, on caring as little as possible about the jerks around you, and think about something more pleasant as often as you can – just get through each day until something changes your job or something better comes along.”

Obviously, there will be a flow-on effect to your productivity, but when you are just trying to maintain your around mental health against the onslaught of a bully, worrying about the company bottom line should fall to the people who hire the bullies and allow them to continue their destructive behaviours.

Australian psychologist Evelyn Field, who consults in this area, gives the thumbs-up to this approach but counsels that victims should educate themselves about the tactics that are available to them and then try to select the right one to defeat the efforts of that particular bully.

“You actually have some options, but it is up to you to choose,” she says.

The most obvious thing to do is leave, but this is not always immediately possible for people with families and mortgages to support and careers to nurture.

It may be that the best approach is to have the courageous conversation: tell the person that their behaviour is not acceptable, or ask for a meeting to discuss the problem you are having with their behaviour.

However, if that person is intimidating, you will have to be brave to stand your ground and not everybody life is equipped to stand up for themselves.

You may need a counsellor or career coach to help steel your nerve, she says.

If the bully is one of the psychopaths that walk among us (3 to 4 per cent of the population), this approach may not be successful and Field advises people to get expert advice before tackling them.

Making yourself a small target is another tactic. “Keep your head down, minimise your hours at work, go walking at lunch time, talk to everyone and be friendly, and don’t make any waves,” she says.

Sutton advises to limit contact, avoid meetings, be polite but impersonal, avoid snapping back, and don’t sit down during meetings (it makes them shorter).

Or you can suck up. Field says you could become adept at the saccharine comment: “I’d never be able to do your job. I don’t know how you do it,” or “The feedback from your presentation last week was amazing.”

Again, be friendly and bring lamingtons for everybody, says Field. Another way so to protect yourself is to be seen as well-connected. If you are on familiar terms with the bosses, you are less likely to be targeted.

Field suggests you should use any excuse to be seen shooting the breeze with the “higher ups”, making them laugh and appearing to be sharing confidences.

It depends on the bully (some will target tall poppies, while others prefer to monster the meek), but your posture and dress can also stop you being identified as a potential victim.

Particularly for women, good grooming is a sign you can project that you have good self-esteem.

“It is better than projecting that you have nothing to say, there’s nothing to notice, so you can walk over me.”

Group action is a particularly successful tactic. Sutton suggests recruiting other targets and witnesses to provide support and back-up if you decide to take the issue up the line and to human resources. A journal of bullying incidences by a number of people is hard to ignore.

You can also take away their power by not taking them seriously, laugh at their insults, share stories with colleagues and forward the bully’s nasty emails to the group… and their superior.

“If you can’t get reform or expel the bully, find small ways to gain control and to fight back – it will make you feel more powerful and just might convince the bully to leave you and others others alone,” writes Sutton in his blog.

Field says you could make a joke at their expense: “If you are going to yell at me, shall we make an appointment so you can have a really good go in your office?”

One of Field’s clients tells how she learned to deal with the verbal abuse and physical threats from her boss, who is also the owner of the company.

Amanda has been working as a mid-level manager at the firm for five years and for most of that time coped by cowering in a corner and hoping he wouldn’t notice her.

“I was a fall bit like a battered wife,” she says, explaining why she has stayed so long. “I kept and thinking if I just worked harder and worked better, he would stop getting angry at me.”

Being quite stubborn herself, she decided that – although he would clearly like her to resign – she would not be pushed out until she had a good job to go to.

With counselling from Field, she has consciously changed her behaviour towards her boss. She picks her moments and, when there are other people around in an open-plan environment, she will address him with: “Hi, how are you.”

“If he is giving a presentation or talking to the whole organisation, I make eye contact and make a point of holding his gaze. I just feel like I have got a plan and I know I want to get out,” she says.

The first time she tried out the new “emboldened Amanda”, the reaction was electric: “He literally turned around in shock and his eyes said ‘Is she really talking to me?’,” says Amanda.

She is not transforming him, but she is feeling stronger for her job hunt. “You don’t want to go into an interview feeling scared and intimidated,” she says.

Amanda has given some thought to why she was singled out by this man and thinks it may have been because she had to work very closely with him and some people reserve their worst treatment for those who are closest.

“And I have my own issues with self-esteem and maybe he has picked up on that,” she says.

Tellingly, the boss’s behaviour has become part of the culture in the company. People observe it, but don’t stand up for the victims and other bullies cope have emerged over the years.

“We were having a meeting about the HR department – where it should be located on the floor. And the HR manager said it should have frosted glass so people couldn’t be seen when they burst into tears in there,” says Amanda.

“They laughed. They thought it was funny.”